Clients and Podcasts and Forbes…Oh My! 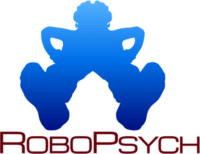 It’s been a busy week! Clients, interviews, research, writing and prepping for a TEDx talk had me wearing many hats and keeping lots of balls in the air. (That’s either a mixed-metaphor or I’m in the circus. Perhaps it’s both!)

The week started with an interview for the RoboPsych podcast with Tom Guarriello and Julie Carpenter. A fun conversation with two super-smart people. (Tom’s doctorate is in existential-phenomenological psychology and Julie’s is in Learning (Cognitive) Sciences.) Her famous dissertation and research on human-robot interaction in militarized spaces had a definite influence on my own book, HEART OF THE MACHINE. You can listen to Episode #49 here.

Mid-week saw an interview I did a couple months ago included in a new Forbes article, “Is There A Robot ‘Friend’ In Your Future?” Written by a fellow classmate from the University of Houston, journalist Steve Outing explores the rapidly approaching future in which robots take on a number of the caregiving roles traditionally performed by humans.

Thursday found me in Longview, WA presenting at a meeting of the Washington State Board for Community and Technical Colleges Workforce Education Council. (Whew, no wonder they prefer the acronyms SBCTC WEC!) It was a fascinating conversation with the council as well as with my co-presenter for the session, economist Chris Mefford. We explored the impact of future technological change on education and labor needs. It was inspiring to see educators and administrators being so proactive in addressing the future of our rapidly transforming economy.

Emotion AI Summit at MIT Media Lab Judging Amazon’s Alexa Prize
We use cookies on our website to give you the most relevant experience by remembering your preferences and repeat visits. By clicking “Accept All”, you consent to the use of ALL the cookies. However, you may visit "Cookie Settings" to provide a controlled consent.
Cookie SettingsAccept All
Manage consent