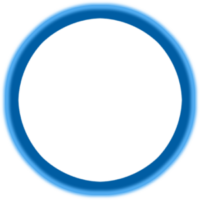 Cutting-edge chatbots, brain-computer interfaces, game playing neural networks that routinely defeat the best human players—with every advancement of AI and other emerging technologies, our world becomes increasingly intelligent. In Future Minds: The Rise of Intelligence from the Big Bang to the End of the Universe (Skyhorse Publishing, 2020), futurist Richard Yonck explores how we got here and the many ways everything will become more and differently intelligent in the years ahead. How will this impact our businesses, our lives, our society and our planet? Future Minds challenges our underlying assumptions about what intelligence actually is, while guiding us through the many anticipated advances of the 21st century. Drawing on conversations with scientists and researchers at the forefront of AI, physics, cognitive neuroscience and other fields, Future Minds seeks to understand how all of this came about and more importantly, where it might be headed.

Available in hardback, e-book and on Audible

To feature the book or arrange an interview with the author, please contact: info (at) richardyonck.com
Read What Leaders & Reviewers Are Saying About FUTURE MINDS
“Yonck’s capacity for weaving together a tapestry of issues that have shaped and will shape intelligence is mind-blowing. While you might wonder how the Big Bang and the end of the universe are relevant to choices you make today, they are. Future Minds shows how we need to re-think business, society, and our lives based on the transformational future of intelligence.”
—Cindy Frewen, FAIA, PhD, Urban Futurist
“Will artificial intelligence leave us behind like roadkill? Or help us build revolutionary new futures for humanity? In this important book, Richard Yonck hunts the idea of intelligence across all of space and time in order to help us understand the deeper significance of AI.”
—David Christian, The Big History Project
“Breaking free from the anthropomorphism that defines so much work on intelligence, Yonck makes a space in our minds for the ancient evolutionary world of the non-human thought and a futuristic world of hybrid human-machine mentation. Taking us beyond our cultural obsession with the Turing Test with its armies of Chess and Go playing manques, neural network classifiers, and sinister face detectors, Yonck follows the scent of mind to its roots in the origin of matter and its future in the extended phenotype.”
—David Krakauer,
President and William H. Miller Professor of Complex Systems Santa Fe Institute

“In the tradition of Lovelock, Prigogine, and Hawking, Richard Yonck takes the reader on a deep dive into the nature of intelligence and its evolution. Laying out the case for an almost inevitable rise of super-intelligence, whether artificial or via merging of human and artificial minds, Yonck takes us into the distant future when we might hope for a role in spreading such intelligence into the galaxy and beyond. An exhilarating ride!”

—Glen Hiemstra, founder of Futurist.com
“Many still believe that humans and machines will evolve independently. In Richard Yonck’s fascinating Future Minds, we rocket through the origins of intelligence and witness – close up – the inevitable melding of biological and silicon minds. This book will leave you spellbound and more curious than ever about what the future has in store.”
—Alexandra Levit, author of Humanity Works
“Using the lens of Big History, Richard Yonck paints a fascinating picture of the rise of intelligence in nature. It grows out of the dust of probability, increasing in organizational complexity as it stretches toward freedom. Future Minds makes a compelling argument that the human brain as we currently know it, is far from the ultimate expression of mind.”
—Gideon Rosenblatt, author of The Vital Edge
“Futurists and sf readers may be interested in portrayals of a universe yet to come, while humanities or social science instructors could use this theoretical book as the basis for classroom discussion about the potential consequences of technological progress.”
—Library Journal

We use cookies on our website to give you the most relevant experience by remembering your preferences and repeat visits. By clicking “Accept All”, you consent to the use of ALL the cookies. However, you may visit "Cookie Settings" to provide a controlled consent.
Cookie SettingsAccept All
Manage consent